The last third of 2021 brought a new challenge to timingsense: timing the Edreams Mitja Marató de Barcelona and the Zurich Marató de Barcelona. It was an honour that RPM Sports Management trusted timingsense’s timing technology for two such important events. The Barcelona Marathon, La Marató, has a popular spirit and is considered the oldest marathon in the Iberian Peninsula. In its first edition in 1978, 185 runners took part: a far cry from the 15,000 participants we had to time on 7 November.

The challenge itself was both the number of runners, for which it was necessary to set up 11 intermediate points, and to provide data and results in real time to: iRewind, Marathon-Photos, Canal Deporte TV, Eurosport, TV3 and Todotrofeo. Copérnico also had to feed the Live app with more than 18,000 users, 10,000 of them recurring at some moments of the race: in less than 2 seconds, users received notifications of the athletes they were following.

Any race of this magnitude has unique and special needs: the first was that the Barcelona City Council, in its concern for the environment, requested that the timing be done with a recoverable, non-disposable chip. This could be part of the challenge, but no, the timingsense clip chip was the perfect product for the purpose.

For timing so many timingpoints during a day where we also had many other races, we chose to hire other companies, timingsense customers in that region: CronoExagon and LASTTiming were in charge of setting up 6 timingpoints, while we took care of the start/finish and the other 5 timingpoints. We used more than 50 UHF timing devices to cover the widths required by the organisation – the reading rates are spectacular!

All the devices were connected to the new TSCloud, released to just two months before the race. The new TSCloud is not based on a traditional server architecture but on microservices in Azure: Microsoft is in charge of scaling and executing resources in the event of increased use of the services. This makes the new TSCloud much more resilient and cost-effective than the previous one: all advantages.

The Cloud sent the readings to Copérnico, our timing software. We didn’t create a section for each checkpoint because we didn’t need the rankings at km 18 and 28: these checkpoints were set up to catch cheaters.

In order to serve the data to all companies in real time, we use Copérnico presets: a preset is a graphical and easy way to represent a set of data: a list of columns, sorted by one or more fields and with filters.

Copérnico exports each preset in a url so that other companies can consume it and display the data. In this way, a timer with no programming knowledge can configure a set of data to be consumed from a url in a graphical and very easy way.

Live App to communicate with the participants

As for the Live app, it’s not complicated for a race like this, once you set up the app in Copérnico during the race there’s not much else to do. This is generally one of the great strengths of Copérnico: it allows you to prepare everything before the race and during the race, to focus only on the results, without having to be aware of who needs them or how many people are consuming them. 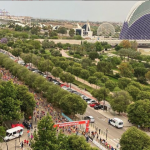 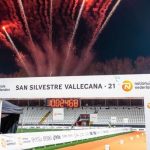