Are you ready for hybrid races?

2020 has been a mess for our industry and so many others. Fortunately at timingsense we have been able to reinvent ourselves and restore some balance. 2021 offers better possibilities. Still, due to the nature of some of the major vaccines, virus transmission will be even higher in this new year. There is only one thing that is certain in our industry: there will be great differences between how we started 2021 and how we will end it.

How to survive in such a changing environment? The answer is the software

An RFID tag can be used to track a shipping pallet, to identify and purchase a product in a shop, to know which medicines to administer to a patient or to track a runner’s finishing time. It is the software that allows the same hardware to be applied to different solutions.

For this reason, at timingsense we decided years ago to develop the best scoring software in our industry: Copérnico and Live app are evidence of this. And by combining both tools we have developed Virtual Races by timingsense. We want you to be prepared not only for today, which is virtual races, but also for tomorrow, hybrid races.

What does Copérnico and Live combined allow us to do?

In addition, you can create infinite challenges in terms of accumulated kms, elevation gain, teams… the limit is in your imagination.

Into a future with hybrid races

The best thing is that you don’t have to choose between all the options described above. A single race can contain several types of competitions and produce different or unified rankings as needed. For example, you can create a long-term race six months before a competition. Then, 15 days before, you can create a virtual race with a free route. Finally, on event weekend, you can create a traditional race or a race without a start. All this is possible using Copérnico, the timing software,

In addition, the participants will be able to consult the rankings as immediately as they finish. They can also compete with their mobile phone or smart watch.

Everyone who loves running knows that there is no virtual race that generates an experience like a traditional one. But there is a generation of young people who are used to listening to their favourite music or watching their favourite tv shows wherever and whenever they want, to contact their friends instantly or to shop with one click. Do we really want to attract them to our competitions with early mornings on Sundays, queues and runners exhibition to pick up a race bib? 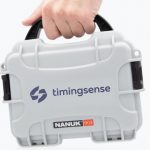 TSActive: the tiny system for the big eventsNews, Timing Sense 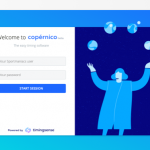