UHF GEN2 RFID channels for Europe and the USA

The UHF RFID transmit and receive frequencies with which timing systems operate are not the same worldwide. In each country or region, the authorities responsible for defining these standards set the frequencies. Therefore, frequencies, number of channel, channel sizes, techniques and powers vary from country to country.

In this article we will focus on Europe and the United States, but first I will explain why the definition of these elements is fundamental to the functioning of tags and RFID readers.

How does RFID work

Therefore, we have a tag that is able to turn on, receive commands and bounce some of the energy because its antenna is an ideal size.

How exactly does the tag give its answer? Very easy.

The tag has a switch, a thicker transistor than the others, that connects the top of the antenna to the bottom. Therefore, it is able to modify the ideal size of the antenna at will and thus bounce or not bounce energy. This means that the antenna splits in two or stays together depending on what the tag wants. The reader interprets these intermittent bounces of energy, receiving the response from the tag. Smart, isn’t it?

Simplifying this whole process a great deal, the result could be understood as something like this:

The signal on the image has a frequency like any digital signal. That digital signal adds up to the signal that the reader has sent and the tag is bouncing. Therefore, we might think that the frequency of the reader’s bounced signal is modified by the cuts made by the tag and its switch.

In Europe, the authority in charge of regulating RFID standards is the CEPT, although each country has the power to establish what it deems appropriate. For example, the frequency range in the UK is different from the rest.

CEPT is based on ETSI standards. ETSI is a non-profit organisation, with more than 800 members from 66 different countries. Its mission is to provide high quality standards for telecommunications technologies. RFID GEN2 is one of them.

The Gen2 RFID standard is the one used by almost all manufacturers of timing technology: timingsense, MyLaps, RaceResult, Chronotrack, Macsha, Ipico…

The channel size is approximately 200Khz, depending on the mode. Talking about this would be enough for another post. To give you an idea, an FM radio signal has approximately this bandwidth.

RFID standards in the USA

In the USA, the authority in charge of regulating the standard is FCC. FCC dedicates 25 channels of approximately 500 kHz bandwidth, in frequencies from 902 to 928 MHz. In addition, the maximum power is 4W EIRP or, in other words, 33.75 dBm ERP.

What is the differnece between the USA and European protocols?

There’s not much difference in power, that’s obvious, but there is in the rest.

First of all, the bandwidth per channel is much higher. I will explain this using a comparison with  light and colours. These are the wavelengths of light which, like RFID, is also a wave. 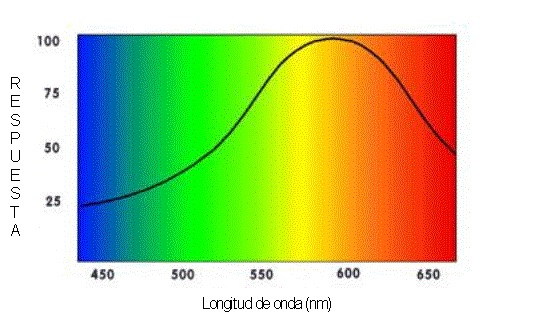 The same thing happens with electromagnetic waves, it is more difficult to filter, although the filters of today’s readers are amazing! In the USA, the higher the frequency, the faster the tag responds and the more time there is for more tags to respond. It’s as simple as that.

Keep in mind that the antenna of the system is not able to send all the power it receives because it is not perfect. The power that is not transmitted by the antenna of the equipment and that bounces back to the reader is much greater than the poor signal that a chip responds to, so the filters of the reader must be very good to distinguish the response of the chip.

The most important part for a timer is how both standards handle channels, as this can affect timing.

In Europe it is very simple. The timer controlling the reader chooses the channel or channels on which to transmit from the 4 maximum power channels with one exception. ETSI only allows transmitting on the same channel for 4 seconds if it detects tags and 1 second if it does not.

After this time, you should stop broadcasting for 100ms. That is, if we are on a fixed channel, waiting for the first athlete one to arrive, the reader is silent for 1/10th of the time until it transmits again.

It works differently in the United States. The channels there change due to FHSS (frequency-hopping spread spectrum). The reader will start on one channel and, after a while, in a pseudo-random way, will switch to another channel releasing the previous one.

The pseudo-random thing is so that all the channels end up using the same time. In this standard, all the user can do is limit the reader’s transmission channels to 16. At timingsense we do not use such a limitation.

How have we solved the emissions limitation in Europe on timingsense systems?

In timingsense we have reduced to 3 channels: left, right and ground.

Thus, if we are at 866.3 Mhz waiting for the first athlete, if a second passes, the reader will free the channel and switch to channel 866.9 Mhz, without stopping broadcasting at any time. If you want to know more about our TS2 timing system I recommend you to read this post or visit our website. If you have any more specific questions, please contact us.

How does the timing window works on timingsense equipment?Timing Lessons 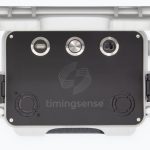